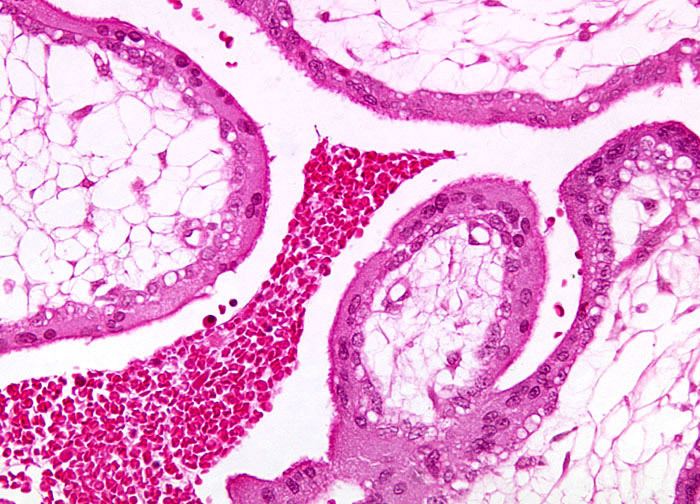 Ectopic pregnancies can be difficult to diagnose and sometimes go completely unnoticed, especially when the fetus dies at a very early stage and is resorbed by the body. Cases are even known when fetal death occurred at a later time and instead of being resorbed or expelled, was carried for substantial amounts of time in a sort of mummified form without the appearance of any symptoms. In some instances, individuals may also experience what is known as a combined pregnancy, in which one pregnancy is the normal uterine variety and the other is an ectopic pregnancy. This unusual condition can make diagnosis even more problematic, but when recognized, can often be treated so that the uterine fetus survives and the abnormal pregnancy is ended. Signs of a more typical ectopic pregnancy frequently, but not invariably, involve missed periods, abdominal pain, recurrent irregular bleeding, and weakness. Also, oftentimes pregnancy tests will provide mixed results, and certain common symptoms of pregnancy, such as morning sickness, are absent. Rarely, the intense pain and hemorrhaging associated with rupture are the first indications that anything is wrong.