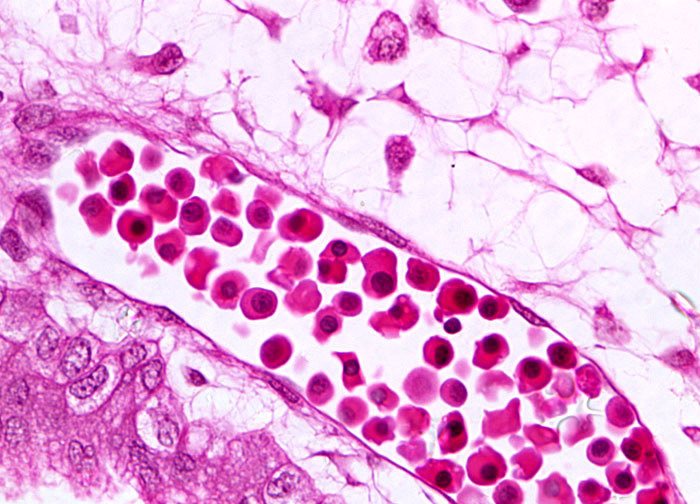 The most frequent type of ectopic pregnancy is the tubal variety, which can be particularly dangerous to the mother if it involves implantation in the narrow portion of the tube near the uterus called the isthmus, rather than the larger, more expandable ampulla or infundibulum. This is because as the fertilized egg attempts to grow and divide, the isthmus attempts to stretch but is so narrow and inflexible that it soon ruptures, causing profuse internal hemorrhaging that can lead to death. Tubal rupture may also occur when the ovum is implanted in other regions of the uterine tube, but at a lower rate of incidence since the longer amount of time it takes to occur means that there is a better chance that the condition will be recognized before the tube becomes physically damaged.