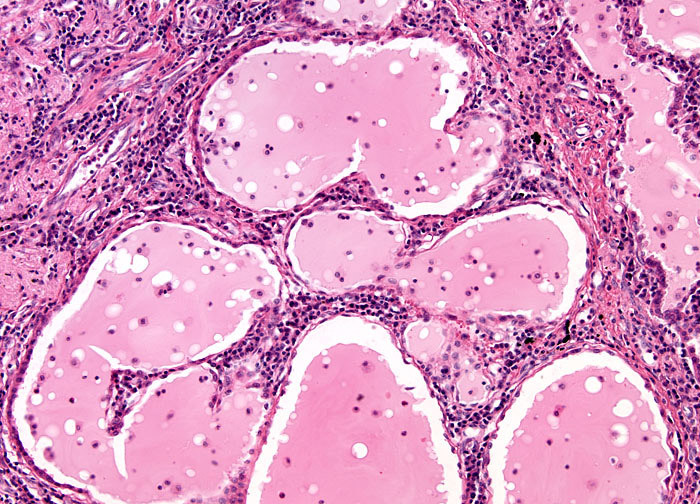 The cause of sarcoidosis is not known, but some scientists have attempted to link it with a number of different factors, including exposure to certain toxins and mycobacteria. There also may be a hereditary component to the disease, which is more prevalent and rigorous in certain groups of people than others. Most notably, individuals of Scandinavian origin are more likely to develop sarcoidosis than other Caucasians, and in North America, the black population tends to experience the disease in greater frequency and severity than the white population. Gender also appears to somehow be involved in the likelihood of developing sarcoidosis, at least among the black population, the females of which are twice as likely as males to get the disease. The precise incidence of the disease, however, cannot be determined since it is generally believed that only a small portion of individuals with sarcoidosis are ever properly diagnosed.