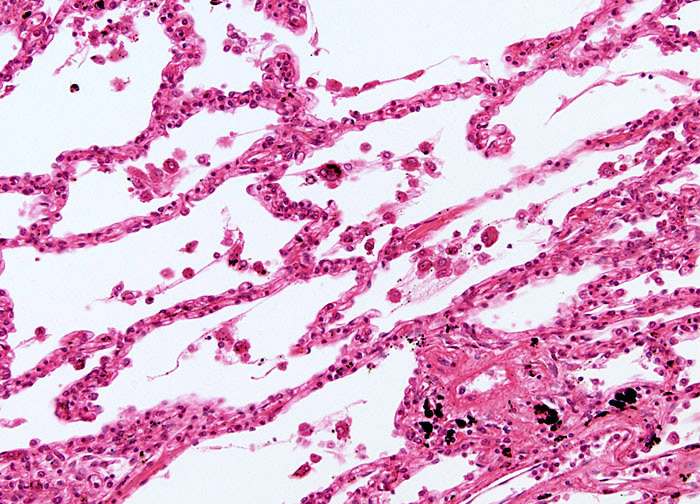 Silicosis is a disease of the lungs caused by excessive or chronic exposure to silica dust. Silica is the chief mineral component of sand and is found in many varieties of rock and in mineral ores. Thus, individuals employed in certain occupations, such as sandblasting, mining, grinding, and drilling, are at increased risk for developing the disease. Silicosis is recognized as one of the earliest known industrial diseases, having been associated since at least the eighteenth century with individuals working as knife grinders or potters. Silica dust is sometimes invisible to the naked eye and can remain airborne for significant periods of time, thus it is necessary for individuals in high-risk occupations to always take protective measures at work in order to prevent silicosis. In the United States, many preventative measures are legally required and federal safety standards for acceptable levels of exposure have been put in place. Consequently, incidence of the disease in the country has steadily decreased over the last several decades. According to statistics compiled by the World Health Organization, however, silicosis is still widespread in many locations around the globe.