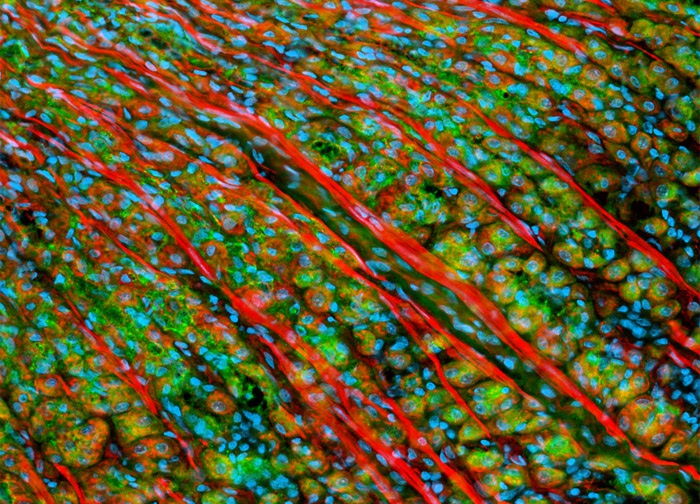 In the digital image above, a sample of rat stomach tissue is presented that was labeled with the fluorophore Oregon Green 488 conjugated to wheat germ agglutinin, a lectin that selectively binds to sialic acid residues. Wheat germ agglutinin conjugates are often used as probes for the Golgi network in mammalian tissues and cells. The sample was also stained with Alexa Fluor 568 conjugated to phalloidin and Hoechst 33342, which target the cytoskeletal F-actin network and nuclear DNA, respectively. Images were recorded in grayscale with a 12-bit digital camera coupled to a Nikon Eclipse 80i microscope equipped with bandpass emission fluorescence filter optical blocks. During the processing stage, individual image channels were pseudocolored with RGB values corresponding to each of the fluorophore emission spectral profiles.