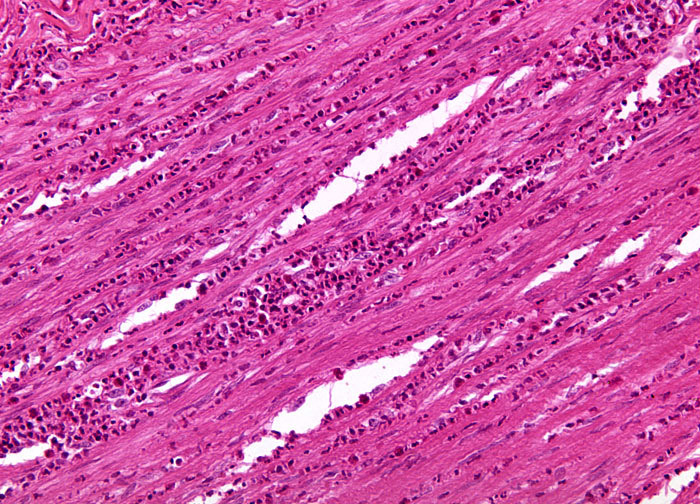 The most common cause of appendicitis is an obstruction of the narrow lumen of the appendix, usually by fecaliths, but also by tumors, lymphoid hyperplasia, or various foreign materials. The condition is typically treated with the surgical removal of the appendix, known as an appendectomy. Since delay of treatment can allow the appendix to become gangrenous and could result in the rupture of the process, diagnosis must be rapid. Thus, blood tests and other diagnostic procedures are often only utilized if the case does not appear urgent, physical examination and the patient’s history frequently being the primary means of evaluation. Appendectomy is usually a relatively simple procedure and individuals generally heal rapidly from the surgery. No major adverse health effects caused by the removal of the appendix are known, though individuals that have undergone an appendectomy do exhibit a slightly higher risk of developing certain diseases, such as the chronic inflammation of the intestines known as Crohn’s disease.