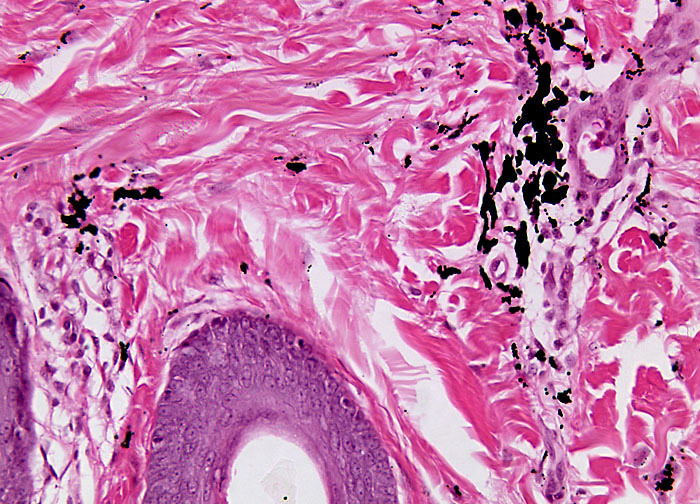 Before the development of modern tattooing methods, a wide variety of techniques were utilized. Many Native American tribes, for instance, rubbed pigments into prick marks or scratches to produce tattoos, and in other parts of the world a number of different implements, from thorns and knives to small rake-like instruments and needles followed by pigment-coated thread have been utilized to make permanent markings on the skin. Indeed, there are almost as many ways to create a tattoo as there have been cultures that practiced tattooing. The unusual art form has been known to humans for at least several thousand years, a mummy dating from about 3,300 BC exhibiting what is believed to be the most primitive evidence of tattoos. The ancient Egyptians, Greeks, Romans, Germans, Britons, and other early societies are also known to have utilized tattoos for various purposes, though the rise of Christianity led to their disappearance in Europe for many centuries.