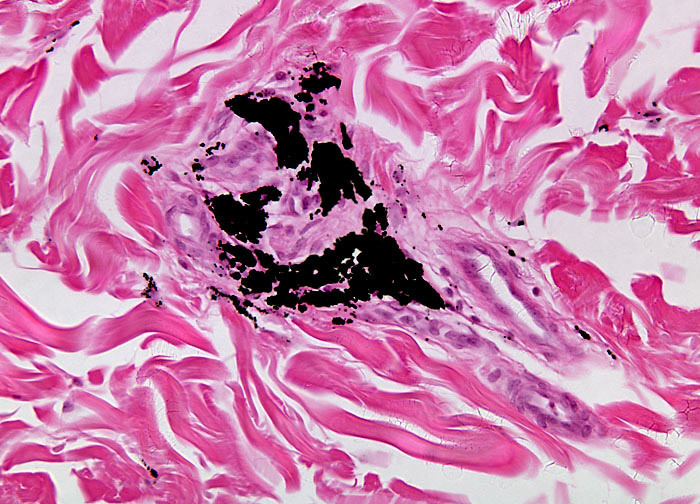 Tattoos are created by injecting or otherwise ingraining colored pigments into the dermal layer of the skin. Unlike the epidermis, which is continually sloughed by the body, the dermis stays intact throughout one’s lifetime, which makes tattoos permanent. Most modern tattoos are produced with an electrically powered machine that rapidly moves a needle up and down so that the insoluble micrometer-sized particles of ink it contains are injected into the skin quickly and at an even depth, generally one-eighth inch past the skin’s surface. The original electric tattooing machine was developed in the late nineteenth century and was largely based on an engraving apparatus invented by Thomas Edison.