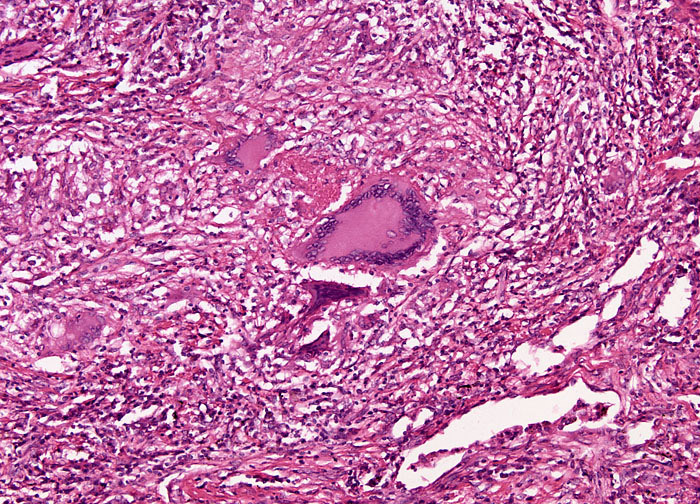 Historically pulmonary tuberculosis, which is the form the disease takes when it is spread via the bacterium M. tuberculosis, has been known by many names, including phthisis, the white plague, and consumption. These alternative monikers reflect common symptoms of the disease: phthisis stems from the Greek word phthinein, meaning “to waste away,” the white plague refers to the strikingly pale appearance of TB sufferers, and consumption signifies the tendency of the same sufferers to appear as if they are being consumed, or destroyed, from within by the affliction. In addition to these general outward signs of the disease, tuberculosis traditionally involves chest pain, labored breathing, coughing (sometimes releasing bloody sputum), sweating, fever, and a decrease in weight. Before treatment was available, such symptoms gradually led to death, which usually resulted from a combination of lung failure, toxemia (blood poisoning), and physical exhaustion.