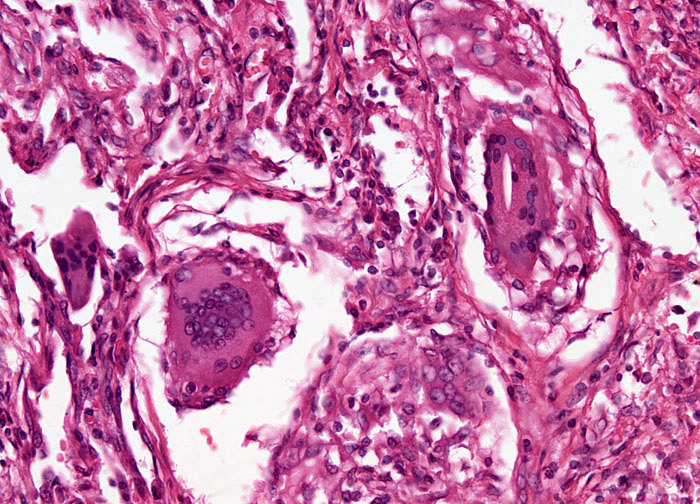 Several closely related species of rod-shaped bacteria belonging to the genus Mycobacterium are capable of causing tuberculosis in humans. Most commonly, individuals become infected with M. tuberculosis, a human-variety of the bacteria spread through the inhalation of infected respiratory particles released via coughing, sneezing, or even casual conversation. Humans can also contract tuberculosis from drinking unpasteurized milk if the cow from which the milk was derived was infected with M. bovis, a bovine form of the tubercle bacillus. Tuberculosis caused by M. bovis predominantly affects the tissues of bones and joints, rather than the lungs. An avian type of Mycobacterium is also known and can infect humans and other animals, though less often than other species of the bacteria.