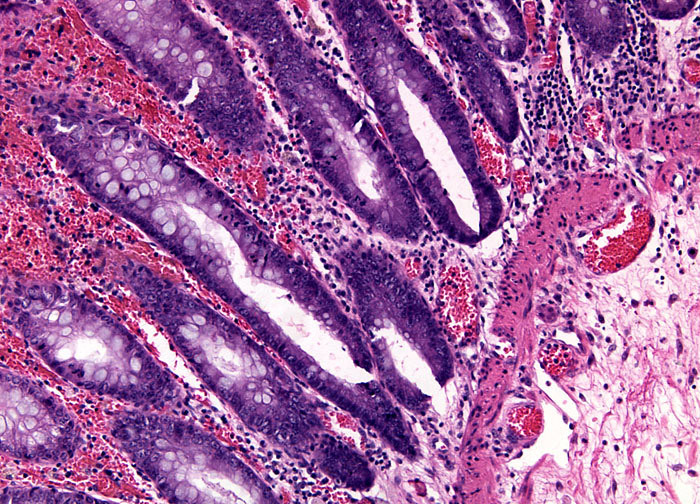 Ulcerative colitis is a chronic condition characterized by inflammation of the colon. The condition is very similar to Crohn’s disease and the two are commonly referred to collectively as inflammatory bowel disease (IBD). IBD should not be confused with irritable bowel syndrome (IBS), which does not involve intestinal inflammation and is, therefore, considered a significantly less serious condition though it shares some symptoms in common with IBD, such as abdominal pain, diarrhea, and increased passage of mucus. Other common symptoms of ulcerative colitis include loss of appetite, weight loss, fatigue, and bloody stool resulting from irritation of the small ulcers present in inflamed tissues. Frequently, the symptoms of individuals with ulcerative colitis go into remission for months or even years at a time before relapsing.