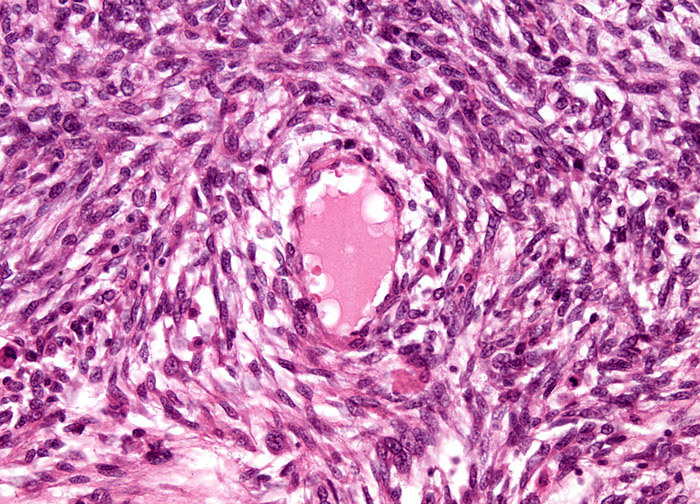 Uterine sarcomas have often already reached an advanced stage by the time signs or symptoms of the disease become noticeable. Palpable indicators of the disease may include, however, abnormal bleeding, spotting, or discharge, pelvic pain, and one or more conspicuous masses. Currently there is no specific screening test that can detect asymptomatic uterine sarcomas, though the Pap smear can sometimes aid in the early discovery of some of the growths, primarily carcinosarcomas and endometrial stromal sarcomas. It is generally recommended that most women should undergo regular Pap smear testing in order to increase the likelihood that abnormal cells of any type may be detected.