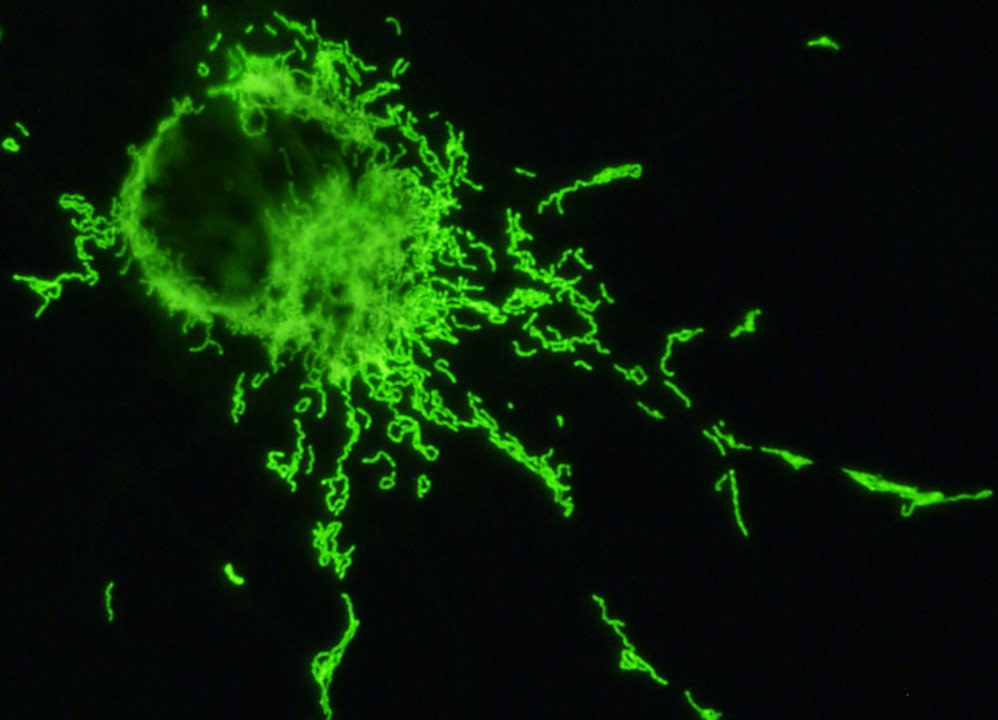 Fluorescence emission intensity from a culture of albino Swiss mouse embryo fibroblast (3T3line) cells that were transfected with a pEYFP-Mitochondria plasmid subcellular localization vector. Cells were transiently transfected and cultured in nutrient medium for a minimum of 24 hours before recording images. The enhanced yellow fluorescent protein gene used in these studies contains several important amino acid substitutions that shift the emission maximum of green fluorescent protein (GFP) by approximately 18 nanometers, from 509 to 527 nanometers. However, the fluorescence emission still appears green when observed in the microscope eyepieces. Note the relatively constant level of green fluorescence defining the tubular mitochondrial geometry, which exists as an extended network traversing the cytoplasm. In many cases, mitochondria are concentrated near the nucleus (as illustrated in the image), leading to an increase in fluorescence emission from this region.