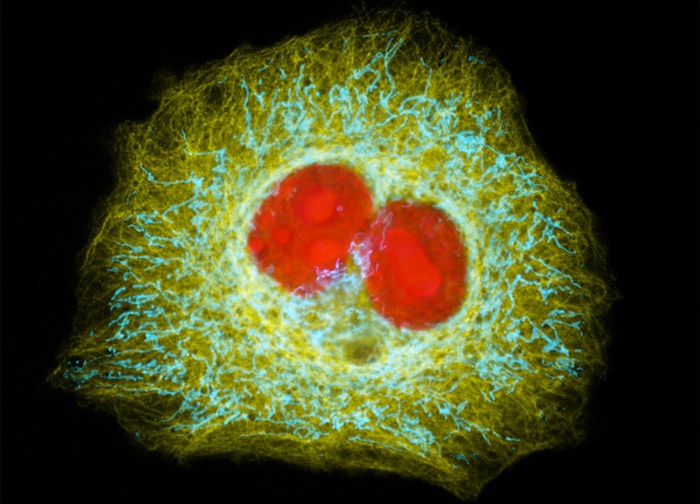 Nuclei and the intracellular mitochondria and microtubule networks were localized in the HeLa carcinoma cell culture presented in the digital image above, which was transiently transfected with a chimeric ECFP plasmid vector that expresses a fluorescent fusion protein targeted at mitochondria and an EYFP plasmid vector that expresses a protein targeted at tubulin. The cells were also transfected with a recombinant plasmid vector containing a chimeric fusion gene product of DsRed2 fluorescent protein and a nucleus targeting sequence. Images were recorded in grayscale with a 12-bit digital camera coupled to either a Nikon E-600 or Eclipse 80i microscope equipped with bandpass emission fluorescence filter optical blocks. During the processing stage, individual image channels were pseudocolored with RGB values corresponding to each of the fluorophore emission spectral profiles.