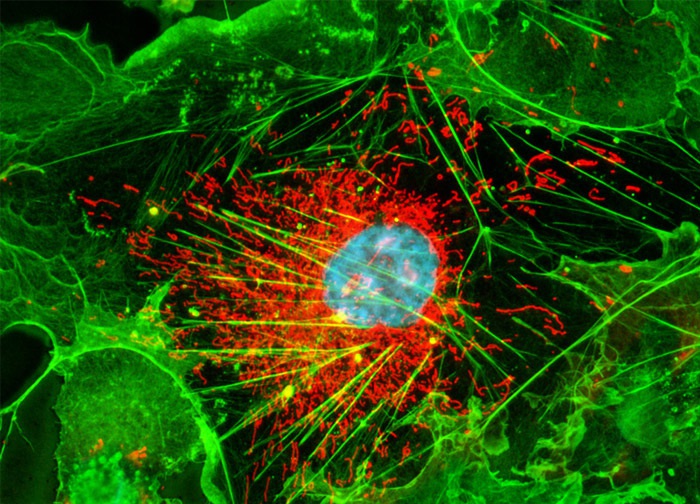 SV40 is a small DNA tumor virus with a genome that can be readily manipulated by scientists because of its simplicity. The capsid of SV40 is spherical and has such limited space that the genome is only large enough to encode a few functions. Space restraints further require overlapping reading frames for the production of capsid proteins, meaning that the terminal nucleotide sequence of the gene for one protein also serves as the first portion of the gene for another protein. SV40 DNA also encodes the T-antigen protein, which in many primate cells normally controls the replication and packaging of the virus. In some cells, however, T-antigen can bind to p53 and Rb proteins, interfering with their ability to regulate growth and potentially causing tumors to arise in affected tissues.