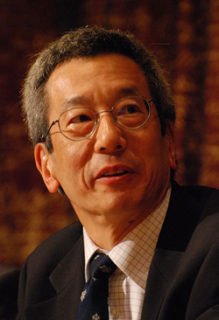 The scientific community has lost a giant with the passing of Roger Tsien on August 24th, 2016, at the age of 64. Dr. Tsien was a Professor in the Departments of Pharmacology and Chemistry and Biochemistry at the University of California, San Diego. He is perhaps best known for discovering and developing green fluorescent protein (GFP) as a genetically expressed biochemical marker for use in living systems, which lead to a revolution in biological imaging. He, Martin Chalfie (Columbia University), and Osamu Shimomura (Marine Biological Laboratory) shared the 2008 Nobel Prize in chemistry for their work on fluorescent proteins (FPs).

It was Roger Tsien who first elucidated the mechanism of GFP chromophore formation in 1994, and would go on to create a variety of GFP mutants with colors spanning the visible spectrum.  His lab developed blue, cyan, yellow, orange, and red varieties (including the still-popular “mfruit” series) to complement the original GFP.  In 2009 they succeeded in producing the first infrared fluorescent protein, a major development necessary for imaging fluorescence in live animals.

Though best known for his work with fluorescent proteins, Roger Tsien also pioneered many other fluorescence-based probes and methods – particularly in the field of calcium imaging. His lab developed both Fura-2 and Indo-1 calcium indicators, as well as Cameleon, a calmodulin-based fluorescent protein biosensor. These probes allow researchers to visualize important biological functions in real time, such as signaling in neuronal networks.

Throughout his career Roger Tsien wasn’t only focused on developing biochemical tools, but also on how they could be best applied to help others.  His lab developed specialized peptides for the delivery of fluorescent probes and chemotherapeutics to cancer cells. He also helped develop injectable fluorescent probes for clinical use, allowing surgeons to see small and delicate peripheral nerves in their patients.

It is difficult to overstate the value of his contributions or the content of his character. In the words of his wife, Wendy, “He was ever the adventurer, the pathfinder, the free and soaring spirit.  Courage, determination, creativity, and resourcefulness were hallmarks of his character. He accomplished much. He will not be forgotten.”