Check out this new open-access resource article from researchers at Yale University detailing a 4Pi single molecule localization microscope with isotropic localization precision of ~10-20 nm. Importantly this new nanoscope can be used to image samples up to 10 um thick, a significant improvement over previous two-objective localization microscopy approaches. This is made possible by using deformable mirrors to correct for depth-induced changes in the shape of the point-spread function.

MIT engineers have now developed a way to visualize messenger RNA molecules in higher resolution than previously possible in intact tissues, allowing researchers to precisely map the location of RNA throughout cells.

A new method has been introduced for light-induced protein dissociation, termed LOVTRAP. This optogenetic approach uses a mutant z subunit of protein A, named Zdk, which binds to a light-oxygen-voltage-sensing domain (LOV2) with precise kinetics. Binding occurs in the dark, with over a 150-fold rise in the dissociation constant upon excitation with blue light. The authors demonstrate reversible sequestration of multiple proteins of interest (POI) to the mitochondrial outer membrane by anchoring LOV2 to mitochondria and fusing the POI to Zdk. 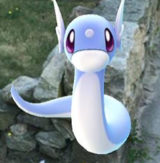 Pokémon GO has been sweeping the world this past week. Here's a fun article in ‎Science Magazine detailing Pokémon hotspots at various iconic centers of science, including NASA's Jet Propulsion Laboratory and the Large Hadron Collider (it has also been confirmed that there are no Pokémon on the International Space Station). To this list we'd like to add the Dratini we found at the Marine Biological Laboratory in Woods Hole, MA.

Nikon Instruments Inc. is proud to announce a new partnership with the Biotechnology Innovation Organization (BIO) – the world’s largest trade association for biotechnology companies, Pharma, CROs, academic institutions, and related organizations. As a supplier partner for the BIO Business Solutions program, Nikon will be able to quickly connect biotechnology companies with the imaging solutions they need. As the only contracted supplier for research microscope systems, members will benefit from Nikon’s outstanding service and support network, imaging technology, and exclusive pricing.

Researchers have developed a multiphoton microscope that can image at cellular resolution over a field of view of nearly 10 square millimeters, about a 10-fold improvement over typical systems. By using two scanning beams, different regions can be scanned simultaneously. This approach was used to perform correlative calcium imaging of two different cortical visual areas in mice.

Are we about to experience mobile microscopes? ScienceDaily thinks so. Handheld, mobile phone-based microscopes can be used in developing countries after minimal training of community laboratory technicians to diagnose intestinal parasites quickly and accurately.

Researchers at MIT and Janelia Farms have developed a new method for performing Expansion Microscopy (ExM). Instead of crosslinking fluorescent labels to a swell-able polymer gel to expand the specimen, the new method works by crosslinking cellular protein instead. This allows researchers to use conventional labeling methods for ExM, including fluorescent protein (FP) expression (20 different FPs tested). This new method is validated for multicolor imaging with ~70 nm lateral resolution and using conventional fluorescence microscopes.

Hubble Captures the Beating Heart of the Crab Nebula

The Hubble telescope recently captured an amazing image of the core of the Crab Nebula. At the core is a neutron star, which has similar mass to the sun, but is only a few miles across.

Here’s a great new article in Bloomberg about Japan’s booming regenerative medicine industry. When Kyoto University Professor Shinya Yamanaka won a Nobel Prize for pioneering research in stem cell biology four years ago, he probably didn’t realize the profound effect it would have on regenerative medicine investment in Japan. Now the nation is setting aggressive goals for becoming the world leader in the field, which is estimated to become a $950 million industry by 2020 in Japan alone. Stem cell products, such as regenerated skin and cartilage are already widely available, and lab-grown corneas, livers and other organs are on the horizon.

A new process has been introduced using multiphoton lithography for 3D printing objectives with multiple lenses. These objectives measure only about 100 micrometers in each direction and are well corrected for several optical aberrations. This process is demonstrated for 3D printing an objective directly onto the end of an optical fiber, as well as an array of lenses directly onto a camera sensor. Potential applications include improved endoscopes, very small drones/robots with vision, and more. Imaging was performed using a Nikon Eclipse LV-100-DA industrial microscope

Researchers at the Scripps Research Institute need your help! The project, termed 'Microscopy Masters', is recruiting citizen scientists to help mark protein locations in cryo-electron microscopy data. By combining many thousands of images of the same type of protein in different orientations, a near-atomic resolution 3D model can be produced. But automatic identification of proteins in image data by computers doesn't always work so well, so that's where you come in! Check out the website below to learn more and get started.

A Photoswitch Made Using Just One Photosensitive Molecule

Researchers from the US and China have succeeded in making a photoswitch with long-term stability (about 1 year) using a single photosensitive molecule. This is part of a long-term trend towards transmitting information using light rather than electricity, which is faster and allows for the use of smaller components. Exposure to visible light results in an open conformation, allowing the molecule to function as a conductor. Exposure to UV light results in a closed conformation that acts as an insulator.

A huge thank you to our amazing panel of judges for the 2016‪ Nikon Small World‬ and ‪‎Small World in Motion‬ competitions: Florida State University's Eric Clark, It's Okay To Be Smart's Joe Hanson, National Geographic's Rachel Link, Northwestern University's Brian Mitchell, andNational Institutes of Health (NIH)'s Clare Waterman. We can't wait to announce the image winners in October and the video winners in December.

A collaborative research team with members from South Africa and Tunisia have demonstrated a new strategy for increasing the bandwidth of light-based communication systems. Usually information is encoded in the color, polarization, phase, etc. But by using a digital hologram written into an LCD, the bandwidth of such communications systems is increased by 100-fold

Meta-Lens Works in the Visible Spectrum, Sees Smaller than a Wavelength of Light

Researchers at Harvard have introduced a new compact planar metalens with performance approaching conventional glass lenses. The metalens consists of a planar array of nanometer-sized titanium dioxide pillars that act as waveguides, together forming a metasurface. Excitingly, this lens functions with high efficiency across the visible spectrum, at high resolution (NA = 0.8), and is cheap to manufacture. According to the authors, the small size of these new lenses is especially promising for wearable optics, such as contact lenses.

A new article in Nature Methods: Quantitative assessment of fluorescent proteins, provides a large-scale head-to-head analysis of over 40 different fluorescent protein varieties with respect to important properties, including brightness, photobleaching, monomericity, and pH stability. Fluorescentproteins are important biomolecules for visualizing the dynamics of living systems, and this work highlights the performance of many of the best modern varieties.

Researchers are exploring exciting new approaches towards histopathology. Instead of costly and disruptive conventional staining and sectioning procedures, a user-friendly multiphoton microscope design is applied to image fresh tissue only minutes after removal. The technique allows for high contrast multi-channel imaging, and is poised to greatly expedite pathology ‪work.

Here’s some great coverage of the Quantitative Fluorescence Microscopy course underway at the MDI Biological Laboratory (Bar Harbor, Maine). Nikon's own Adiv Johnson discusses the role that Nikon research microscopes play in enabling biological discovery. We are very proud to support the course and the talented students it attracts from across the world. 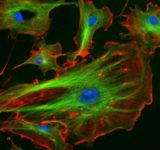