A team of Russian researchers has introduced a new fluorescent calcium indicator for live cell imaging. The new indicator, NTnC, utilizes a modified version of the ultra-bright fluorescent protein mNeonGreen, with troponin C as the calcium-binding moiety. The performance of NTnC was validated against that of the widely used GCaMP6s calcium sensor in neurons, imaged using a Nikon Ti inverted research microscope. Check out the open access article in Scientific Reports to learn more.

A major problem in cancer treatment is the resistance of tumours to radiation therapy. Researchers at UC San Diego have developed a new drug for selectively sensitizing tumor cells to ionizing radiation, maximizing the effectiveness of radiation therapy while minimizing damage to healthy tissues. Imaging for this study was performed using a Nikon A1R confocal microscope. Check out the open access research article in Nature Communications to learn more.

Glare-reducing Approaches Could Lead to a Type of Noise-canceling Camera for Microscopy, Astronomy Imaging

Researchers from the Weizmann Institute of Science have published a new method in the journal Optica for glare reduction. Glare happens when non-specific light obscures the object one is trying to look at. This new method uses a spatial light modulator to optimize a pattern for glare removal – drastically reducing background signal. In biological microscopy, this method is promising for imaging through thick and scattering structures, such as tissue. Check out the Phys.org article to learn more.

Researchers from the Broad Institute of MIT and Harvard have published a new protocol in Nature Protocols detailing Cell Painting – a high content screening assay for evaluating about 1500 morphological features of single cells, including shape, texture, size, etc. Simple 6-color staining allows researchers to include organelle morphology in analysis, including the nucleus, mitochondria, and actin cytoskeleton. This protocol provides a powerful method for evaluating the effects of different chemicals on cells, including potential treatments for cancer. The CellProfiler analysis software is open source, so check it out!

Congratulations to Japanese biologist Yoshinori Ohsumi of the Tokyo Institute of Technology for winning the 2016 Nobel Prize in Physiology or Medicine. Professor Ohsumi was awarded the Prize for his research in autophagy – a process whereby intracellular components are delivered to the lysosome for degradation and subsequent recycling. To learn more, check out the NPR article. 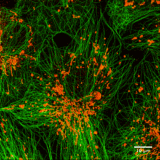 Here's a fun application for machine vision technologies - self-driving fish! The onboard camera analyzes the direction the fish is swimming and moves the vehicle accordingly. If only it could remember where it wanted to go...

Learn More @ IN THE NOW

Researchers working as part of the Stem Cell Evaluation Technology Research Center have introduced a non-invasive and image-based method for evaluating the quality of live human pluripotent stem cell (hPSC) colonies over time. This method relies upon multiparametric analyses of cell morphology as detected using phase contrast optics, and was in agreement with gene expression profile data. Imaging was performed using a robotic Nikon BioStation CT incubation/microscope system. The Scientific Reports article is open access, so check it out!

Here’s an interesting article by NPR about how computer scientists at the University of Kentucky were able to read a scroll that was radiocarbon-dated to the 3rd-4th century CE. The catch? The age and damage to the scroll prevented it from being opened, so instead the researchers used non-invasive x-ray micro-computed tomography (microCT) to create a 3D image of the scroll from which they could reconstruct the text. Co-author Seth Parker hopes the method will be applied to other ancient texts, including those recovered from Pompeii and Herculaneum.

We are very excited about the upcoming 15th anniversary of the Nikon Imaging Center at Harvard Medical School. We will be celebrating with an Optical Microscopy Symposium on November 1st, 2016. The event is open to the public but you have to register to attend at: nic.med.harvard.edu

Hurry as spots are filling quickly!

Black holes are typically perceived as vast and mysterious, but is it possible that microscopic black holes exist? Outer Places thinks so.

We are excited to announce our newest imaging solution – the DS-Fi3 color camera and accompanying DS-L4 tablet controller. Excitingly, the DS-Fi3 communicates directly with the DS-L4 tablet, eliminating the need for a computer workstation. Images can be acquired using the tablet and shared directly over a Wi-Fi network or shared network drive. We hope this new duo will provide a versatile and user-friendly solution for imaging in today’s fast-paced mobile environment.

Researchers have developed a new type of hydrogel for growing stem cells and differentiating them into neurons. These amyloid hydrogels are based on the alpha-synuclein protein, and provide an excellent vehicle for cell replacement therapies, useful for treating neurodegenerative diseases such as Parkinson’s. Cell and gel imaging was performed using a Nikon Eclipse Ti-U inverted research microscope. To learn more, check out the open access article.

The 6th annual Single Molecule Localization Microscopy Symposium (SMLMS) at Ecole polytechnique fédérale de Lausanne (EPFL) has concluded. We are proud to sponsor such an amazing symposium focused on bringing researchers in the field of single molecule super-resolution imaging together.

Part of the SMLMS is the software challenge – where researchers compare algorithms and software packages for analyzing STORM-type single molecule datasets acquired under a variety of different conditions. Check out the video on the SMLMS YouTube Channel to see the results!

One of the greatest problems in microscopy is resolving two closely spaced objects as separate, with the minimum distance previously thought to be fundamentally-limited by the diffraction of light. However, new research from the National University of Singapore utilizes modern advances in quantum-information theory to extract even more information from detected light. This new optical method – spatial-mode demultiplexing (SPADE) – also utilizes a specialized multichannel detector for separating the detected light by mode, capable of super-resolution. 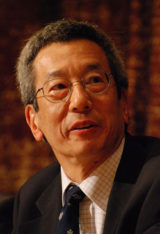 Dr. Tsien was a Professor in the Departments of Pharmacology and Chemistry and Biochemistry at the University of California, San Diego. He is perhaps best known for discovering and developing green fluorescent protein (GFP) as a genetically expressed biochemical marker for use in living systems, which lead to a revolution in biological imaging.

We’re constantly amazed at the continuing advances in microscopy. Research at Penn State and Lawrence Berkeley National Lab is pushing the resolving ability of electron microscopy to the tens of picometers – more than enough to see a single hydrogen atom. Such high power microscopes are a crucial tool for designing and building new materials, including specialized semiconductors, superconductors, and more. Check out the article to learn more.