Nikon is proud to announce that Nikon Instruments Europe/Nikon France recently opened a Center of Excellence in Nantes, France.

There's a new review article in Nature Methods about the use of hydrogels as cell culture substrates. Typical cell culture plastics and glasses are rigid 2D substrates that poorly recreate in vivo conditions. Hydrogels are swell-able 3D polymer networks that mimic several important mechanical and chemical properties of soft tissues, with many varieties commercially available. The use hydrogels, and other recently developed biomaterials, increases the physiological relevance of cell cultures as model systems. 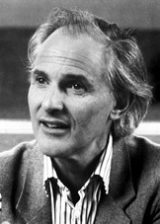 Nikon would like to extend condolences to the family and friends of Sir Harold Kroto, who passed away this past Saturday at the age of 76. Dr. Kroto was perhaps best known for the discovery of fullerenes, including 'buckyballs', for which he shared the 1996 Nobel Prize in Chemistry. He has previously served as a judge for our Small World competition. He will be sorely missed.

Researchers at SMU will be spear-heading an effort by the Defense Advanced Research Projects Agency (DARPA) focused on developing advanced holographic techniques to image objects hidden from view - for example behind a wall, around the corner, or otherwise obstructed. DARPA wishes to develop the fundamental technologies needed to perform such indirect imaging in environments that strongly scatter light. 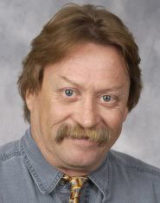 Welcome to the New MicroscopyU

A new method for performing Fluorescence-Lifetime Imaging Microscopy (FLIM) using a single image. Instead of sequentially acquiring many images at different phases using an electronically modulated image intensifier, two images phase shifted by 180 degrees are recorded simultaneously on the same camera chip by directing photoelectrons to one of two holding areas, dependent on the phase of a digital clock signal. This new method will likely make live-cell time lapse FLIM imaging faster and more accurate by minimizing artifacts such as motion-induced blur. 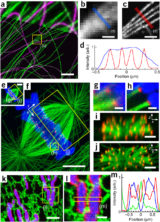 New graphene photodetectors have been introduced with strain-tunable photoresponsivity. 2D graphene sheets can be "crumpled" into a 3D structure, increasing the areal density and thus the effective absorbance cross-section. Structural parameters are adjusted by applying mechanical strain in the lateral directions. Furthermore, strain-tunable wavelength selection is demonstrated by integrating colloidal photonic crystals in the graphene layer.

New fluorescent protein-based sensors for detecting nitric oxide (NO), an important free radical and signaling molecule in many types of cancers. The fluorescent protein is fused to a well characterized bacterial NO binding domain. NO binding causes a conformational change bringing the moiety closer to the fluorescent protein chromophore, diminishing fluorescence. Importantly, fluorescence brightness scales linearly with NO concentration, allowing for absolute quantitation of NO levels. Microscopy equipment was provided by the Nikon Center of Excellence Graz.